Strange Breakfast…….. Awake at 8pm local time, I’m rather surprised I slept that well. We hadn’t planned for breakfast till around 10 am so things are rather relaxed. My only plan for today is to get to Colombo but first that breakfast. This consists of a type of omelet with noodles with a dal soup together with toast, coffee and fruit. It looks a bit strange but I guess I will have to get used to it. The breakfast plan was arranged last night.
Colombo…….. The next step is to reach Colombo as accommodation has already been booked in the city. I don’t want to lose another night. However, there doesn’t seem to be an easy way to get there on public transport. Then after some confusion it appears our host is prepared to drive us there but it won’t be cheap. They ask 2500 rupees with an additional toll fee of 200 rupees on top. With hindsight, of course, I would have done things differently. There was no need to be close to the Fort bus and train stations as we will have a driver tomorrow.
Metro Port City Hotel (4600)…….. As we reach the inner city in the port area, I realise why the journey is as expensive as it is. It’s really busy reminding me of downtown Istanbul. Nearing the hotel, I’m not feeling optimistic as we make our way down a busy side street. However, checking in at Metro Port City Hotel, despite building works and rather scruffy environs, isn’t too bad; the things out of favour include the lack of a fridge and barely luke warm water for a shower. Well, having no fridge is the same as last night anyway. What the room does offer is the chance to catch up with some sleep.
Port Area…….. Around 5pm we need to go out at least for dinner. After many years travelling, the culture shock in this port area is not as great as it could have been but the hustle and bustle, general dirt and smell of a city needing to feed a hungry population is a little overpowering. A street walk takes us along Sea Street, a centre for gold ornaments. It’s obvious too that that there is a mixture of religions in this cosmopolitan city. Buddhist temples, Hindu shrines and mosques sit comfortably together with Christian churches. St. Anne's Church is in fact directly opposite Metro Port City Hotel while a Hindu shrine, Sri Muthu Vinayakar Swamy Kovil, can be found in Sea Street. The walk takes us towards the bus and train terminals in the Fort area. These we will not need now. We finally end up at the Pettah Floating Market but there is little open today. All we can do is rest up and take a dinner consisting of the popular chicken devil. It’s filling and less than I’d been paying on average for evening meals in Thailand but you get what you pay for. However, we’ve missed a couple of opportunities for dining that were recommended beforehand. Walking back to the hotel takes 20 minutes. It’s early days but it’s very front heavy on my budget at the moment. Things will have to even out later in the tour. Tomorrow morning we start the tour in earnest when the driver comes to collect us. Next Page. 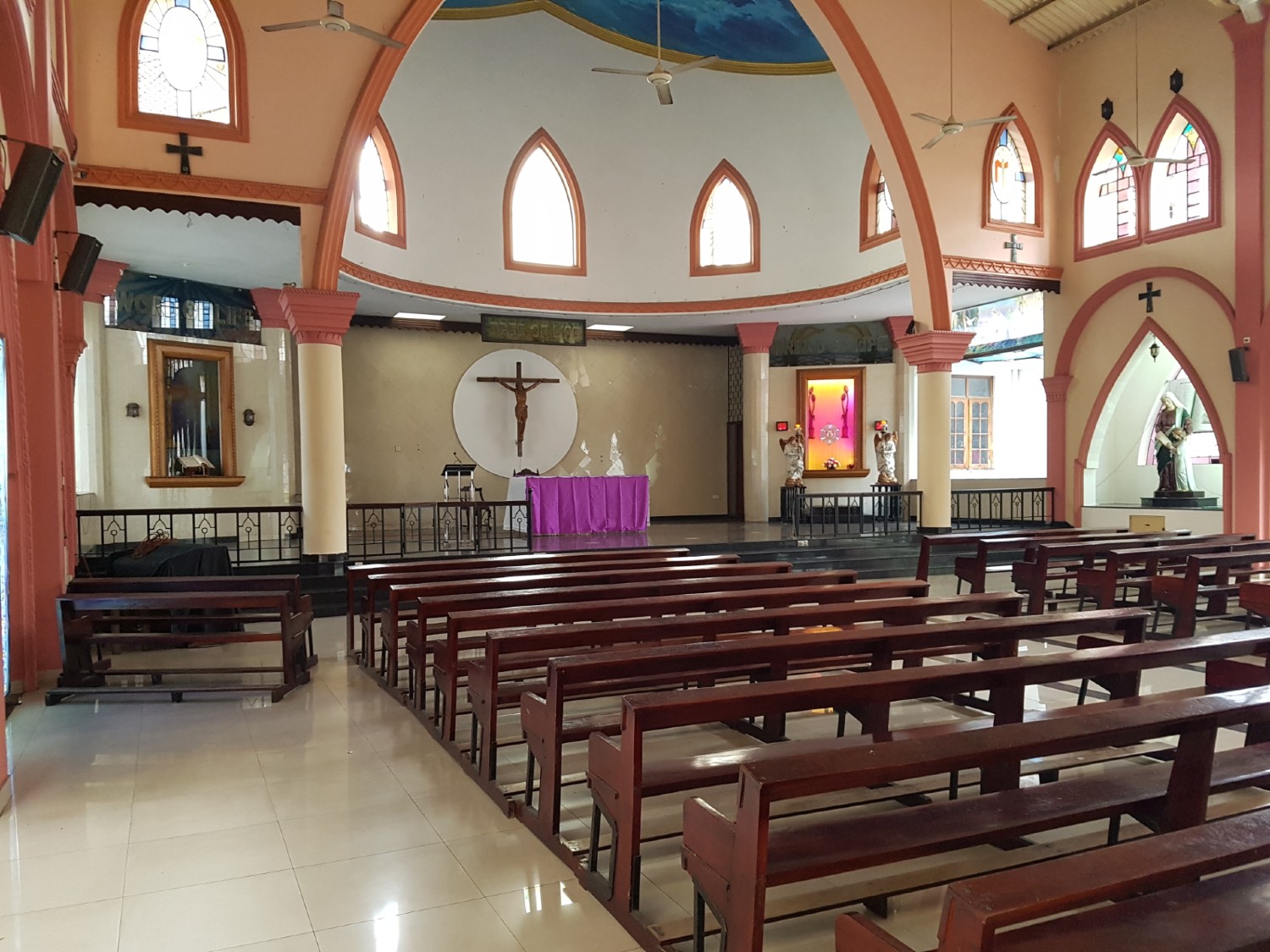 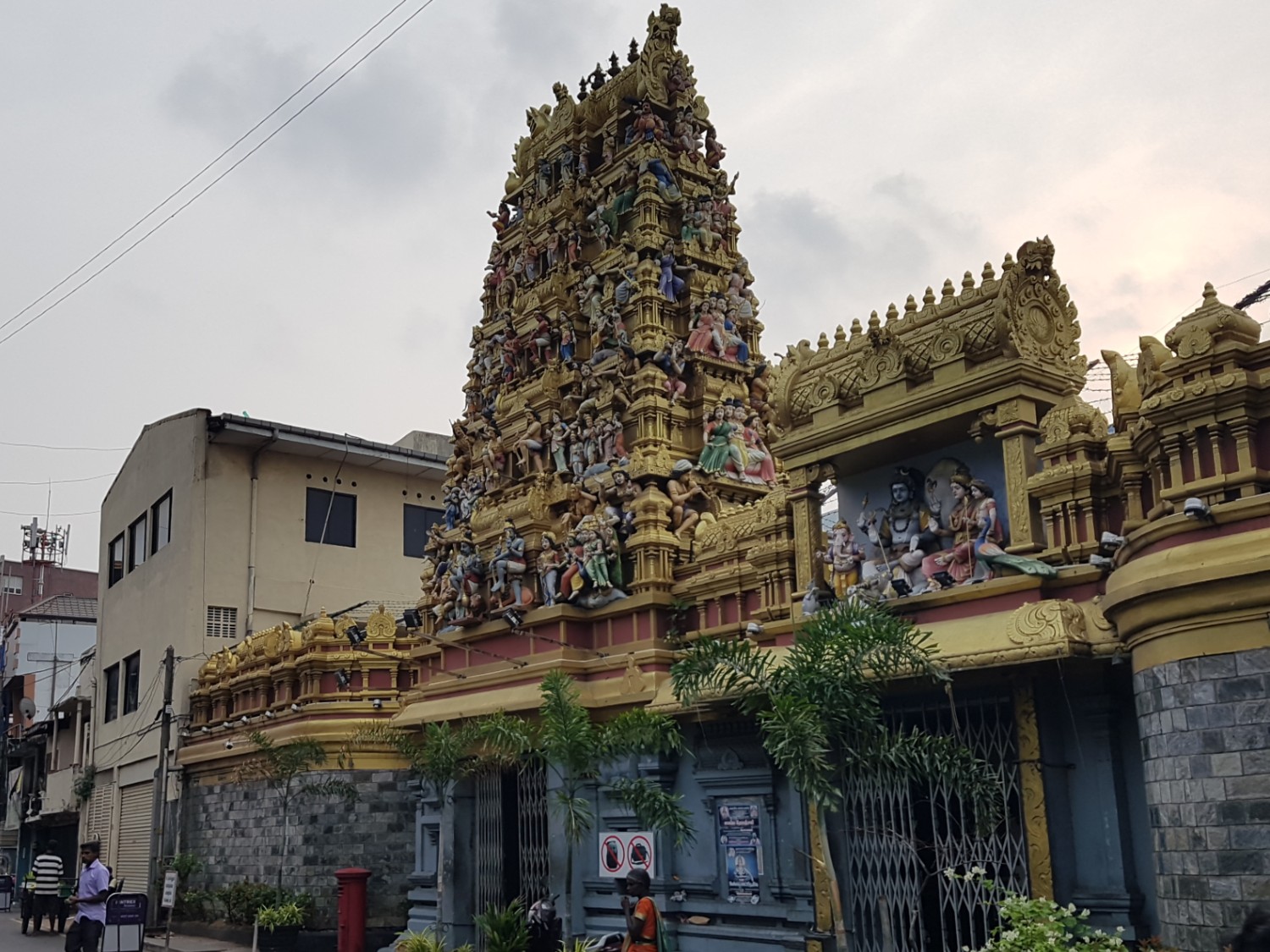